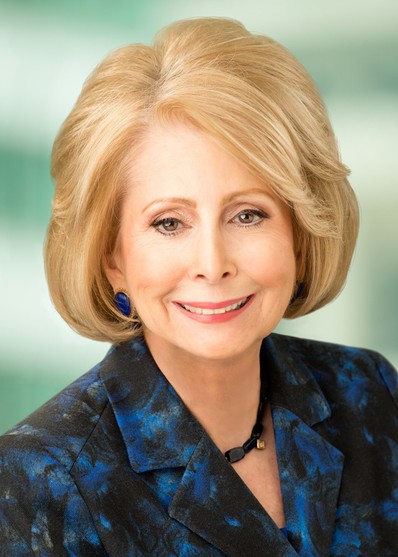 Scores of New Jersey healthcare professionals have turned to Alma L. Saravia for counsel on issues ranging from licensure and disciplinary matters, including those before the Board of Medical Examiners, to complex litigation matters. Her clients include physicians, nurses, chiropractors, hospitals, medical staffs, nursing homes and other healthcare organizations. She also frequently defends healthcare providers facing insurance fraud investigations or demands for repayment by insurers.

Ms. Saravia is highly regarded in the field of healthcare law, both in the public and private sector. She is a former member of the Board of Medical Examiners and Ms. Saravia is one of the State’s most experienced attorneys in representing healthcare professionals before the licensing boards.

Working alongside legislators and government officials, Ms. Saravia was actively involved in shaping several aspects of New Jersey’s new adult-use cannabis law.  Since the legalization of medical marijuana under New Jersey’s Compassionate Use Medical Marijuana Act in 2010, she has been a guiding force for physicians and their rights under the law. She provides regulatory guidance for alternative treatment centers and adult-use applicants in the cannabusiness industry. Her extensive experience and relationships with the members of the New Jersey Legislature and governmental agencies have proven beneficial to her practice, and Ms. Saravia is considered a go-to legal source to members of the media for commentary on the New Jersey medical marijuana and adult-use cannabis laws. Most recently, she was named to the Insider NJ Top 100 Cannabis Power List, which highlights the top influential voices in the cannabis debate in New Jersey.

Throughout her career, she has affected and effected on the progress of healthcare law in the state as a lobbyist, as the former chairperson of and director of various governmental agencies, and as the catalyst for important legislative changes. Among other significant pieces of legislation, she is credited with spearheading the enactment of the state’s joint negotiation law, which allowed physicians and dentists to engage in joint negotiations with managed care entities. Ms. Saravia also served as special counsel for clients in drafting healthcare regulations and legislation.

A frequent lecturer and author, Ms. Saravia regularly presents on topics including telemedicine credentialing and privileging, medical staff bylaws, physician representation and The Affordable Care Act. She co-authored an article for the New Jersey Law Journal focused on New Jersey's recent "crack down" on physicians who allegedly over prescribe pain medications and it highlighted strategies and thoughts on policy issues. She also co-authored a chapter in the Health Care Dispute Resolution Manual titled, “External Review of Health Plan Decisions.” Ms. Saravia is a long-time columnist for the Camden County Medical Society “Bulletin.”

An advocate for women, Ms. Saravia serves on the Eagleton Institute of Politics, Senator Wynona Lipman Chair in Women’s in Political Leadership Committee. She authored an article on “Life Lessons in Leadership” to coincide with the Senator Wynona M. Lipman lecture by Valerie Jarrett, senior adviser to President Barack Obama. She is also on the Board of Directors of Pam’s List, a New Jersey fundraising network dedicated to promoting opportunities for democratic women candidates for office.