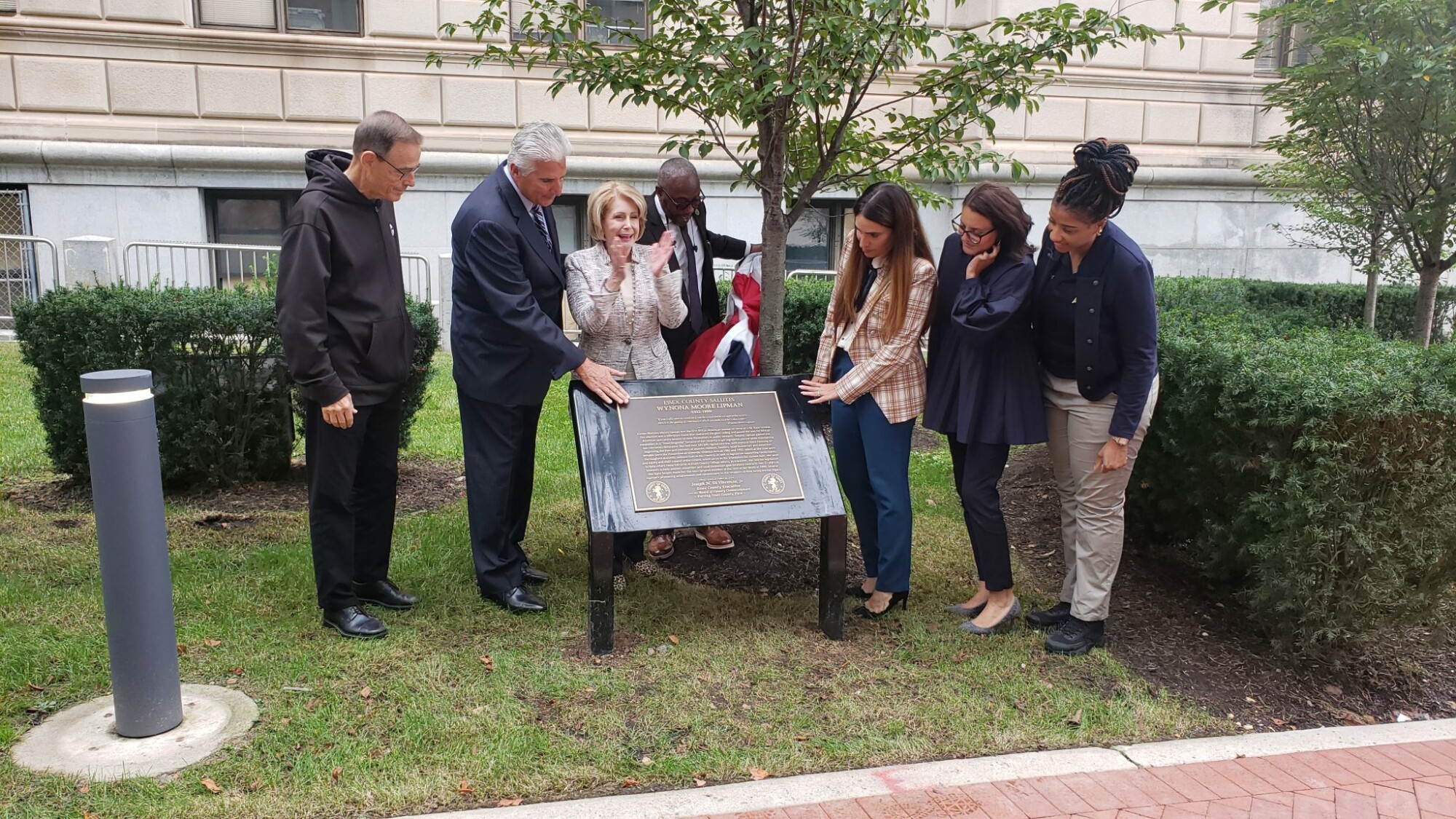 Flaster Greenberg attorney Alma L. Saravia was tapped by Essex County Executive Joseph N. DiVincenzo, Jr. to take part in recognizing community leaders who have impacted New Jersey. DiVincenzo dedicated four bronze plaques one which was in honor of the late Senator Wynona Moore Lipman, Ph.D., on Wednesday, October 6th. Saravia spoke about the heroic and historic life of Senator Wynona Moore Lipman during the ceremony and noted that Lipman was a trailblazer for women and children.

Lipman was an American Democratic Party politician who represented the 29th Legislative District in the New Jersey Senate. She became the first African-American woman to be elected to the Senate when she won her seat in 1971, and her 27 years of service made her the Senate's longest-serving member at the time of her death with a record of ground breaking legislation.

“When you first meet someone, you don’t know their life will have historical implications, but Senator Lipman was that person. She was never afraid to the first one out on an issue and was never afraid of any opposition. I can tell you how honored she would have been today,” said Saravia, who served as the Executive Director of the Commission on Sex Discrimination in the Statutes at the same time that Lipman was the Commission’s Chairperson.

Click here to read the full press release issued by The Essex County of New Jersey.