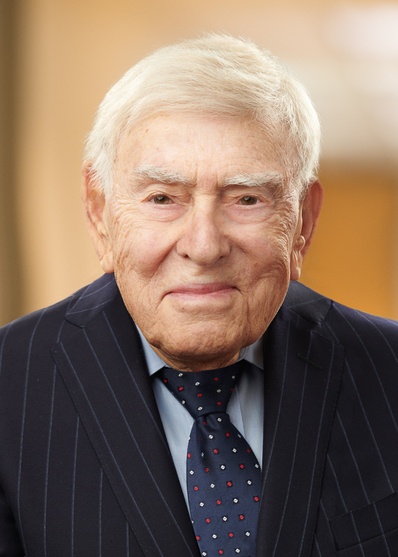 Charles K. Plotnick is a practicing attorney specializing in Estate Planning and Estate Administration in Montgomery County, Pennsylvania. He has been granted a Bachelor of Science Degree in Journalism by Temple University and the LL.B. Degree by The University of Pennsylvania Law School, and holds the CLU designation. He served for 12 years as an Adjunct Professor of Estate Planning in the Graduate School of Business at Temple University.

His articles have been selected for reprinting by the Judge Advocate General’s School, U.S. Army. He is the author of numerous magazine articles on Estate Planning, and has been quoted in the New York Times, The Philadelphia Inquirer, The Washington Post, Fortune Magazine, Kiplinger’s Personal Finance Magazine, Standard and Poor’s, and Bottom Line, among other leading newspapers and periodicals, and is a contributing author to the Dow Jones-Irwin edition of the Handbook of Estate Planning. He has appeared on numerous radio and television programs throughout the country. Before entering private practice in Montgomery County, Mr. Plotnick worked for the Office of the Chief Attorney of the U.S. Veterans Administration.

Before joining Flaster Greenberg in January of 2019, Mr. Plotnick founded and managed Plotnick & Ellis PC, a boutique estates planning law firm in the Philadelphia suburbs. He founded the firm in 1991, growing the employee and client roster over its three-decade tenure, and he was instrumental in securing the firm's recognition by Philadelphia Magazine for “Best in Client Satisfaction."