Flaster Greenberg’s Litigation team, led by Jeffrey Cohen and co-chaired by Eric Clendening, defended The Gordian Group and R.S. Means (“Gordian”), industry leaders in the area of construction cost data and job order contracting, against claims that its efforts to protect its proprietary data and information from improper use by others constituted interference with contracts, violations of antitrust law, and other legal claims.  After a seven-day trial in the United States District Court for the Southern District of Texas, a jury found in favor of Gordian and that Gordian’s conduct, including sending cease and desist type letters, was immunized, pursuant to the Noerr-Pennington doctrine.

“Jeff and Eric, along with their support staff, were hugely instrumental in the success of this case,” said Ammon T. Lesher, VP & General Counsel, The Gordian Group, Inc. “Without their hard work and around-the-clock availability and counsel, our company could have taken a huge hit for a variety of legal claims that we knew were unjust.”

The plaintiff is appealing the decision. 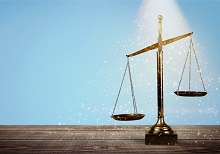