Environmental Considerations for the Cannabis Industry in New Jersey

Marijuana is valuable, but as previously noted it is still a drug and, despite any potential change in its legal status by the State of New Jersey or the federal government, it remains, for now, a Schedule I drug under federal law. Therefore, there is a legitimate concern that marijuana waste, even after it has been legalized, must not be disposed of in a location or a manner that children or animals can come in contact with it and ingest it. A related concern is that any unused marijuana that is to be treated as waste is not intercepted and sold or used in an unregulated manner by persons who may gain access to the waste stream before ultimate disposal has occurred. Additionally, if the growing of these plants is also going to be strictly regulated, and as discussed below this is likely to be true, there will be concern that the plant seeds are themselves not disposed of in a manner that could promote uncontrolled growing of the plant as a weed due to poor waste disposal practices. Further, given that waste  is, technically, considered to be a commodity whose importation across state lines cannot be prohibited under the federal Commerce Clause (except in certain instances), waste disposal laws and/or protocols will likely have to be worked out between and among the various states to determine how, and even if, legal marijuana waste that may legally originate in one state can be legally transported across state lines for disposal in another state that may still have laws on its books prohibiting the possession or importation of marijuana generally.

Therefore, any marijuana based waste – whether it is stale or unsold pot, discarded stems and seeds, etc. – will likely need to be controlled in a manner not too different from how hazardous waste, asbestos waste, and other selected wastes are presently disposed of, as a condition of cannabis legalization in New Jersey. This also presupposes the possible implementation of a licensing scheme whereby only certain designated waste haulers will even be permitted to haul away the marijuana waste, and only certain designated landfills, incinerators, recyclers or other disposal facilities will be allowed to accept it. Additionally, from the perspective of the owners and operators of a retail store or dispensary, they will need to familiarize themselves with such waste disposal laws and take steps to comply with them, starting with, but not necessarily limited to, contracting only with reputable waste disposal contractors who are fully licensed to actually handle marijuana related waste and who will only take the waste to disposal locations that are also fully licensed to accept same.

To the extent any or all of these impacts are currently taking place with illegal marijuana cultivation in New Jersey, allowing for managed cultivation of marijuana crop under the most rigorously controlled conditions should be a positive force for reduction of such impacts in our State.

However, this is not to say that there may not still be environmental issues to be addressed with licensed marijuana cultivation in New Jersey: 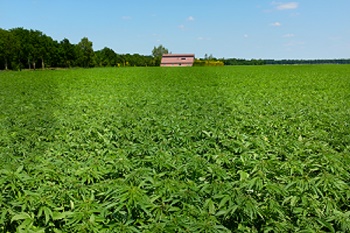