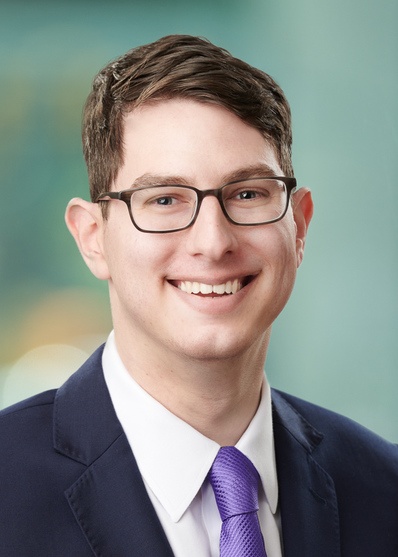 Ben Chalfin is a patent attorney in Flaster Greenberg’s Intellectual Property Department and Patent Practice Group. He focuses his developing practice on patent prosecution in the electrical, computer, life sciences, and electro-mechanical fields. Because of his extensive educational background, Ben transitions easily between life science and electro-mechanical technologies.  Ben is just as comfortable discussing DNA technology as he is signal processing.

Ben has extensive experience with transactional patent work, freedom-to-operate opinions, and litigation matters. For example, Ben has worked extensively to manage patent prosecution dockets that include telecommunications, medical device, lighting, life science, and software patent applications. Ben develops a strategic direction for his client’s intellectual property based on understanding the client’s business objectives. For example, Ben prosecutes patents from a global perspective and works with foreign associates to obtain world-wide coverage for his clients. Ben is experienced with standards organizations and drafting patents to cover standards.

Ben has also worked on patent litigations. For example, Ben drafted a motion to dismiss a patent infringement complaint for claiming unpatentable subject matter under 35 U.S.C. § 101, and the plaintiff voluntarily dismissed the complaint with prejudice rather than respond to his motion. Ben has worked on most facets of litigation, including pleadings, fact discovery, motion practice, working with fact witnesses, and supporting expert witnesses. Ben has defended clients in patent infringement litigations in both district courts and at the International Trade Commission.

Ben earned his J.D. prior to attending graduate school where he focused in Electrical and Computer Engineering. As a result, he brings a unique perspective to the intersection between protecting the intellectual property rights of businesses and inventors with the rapidly changing areas of innovation, including telecommunications, medical devices, and other technologies.