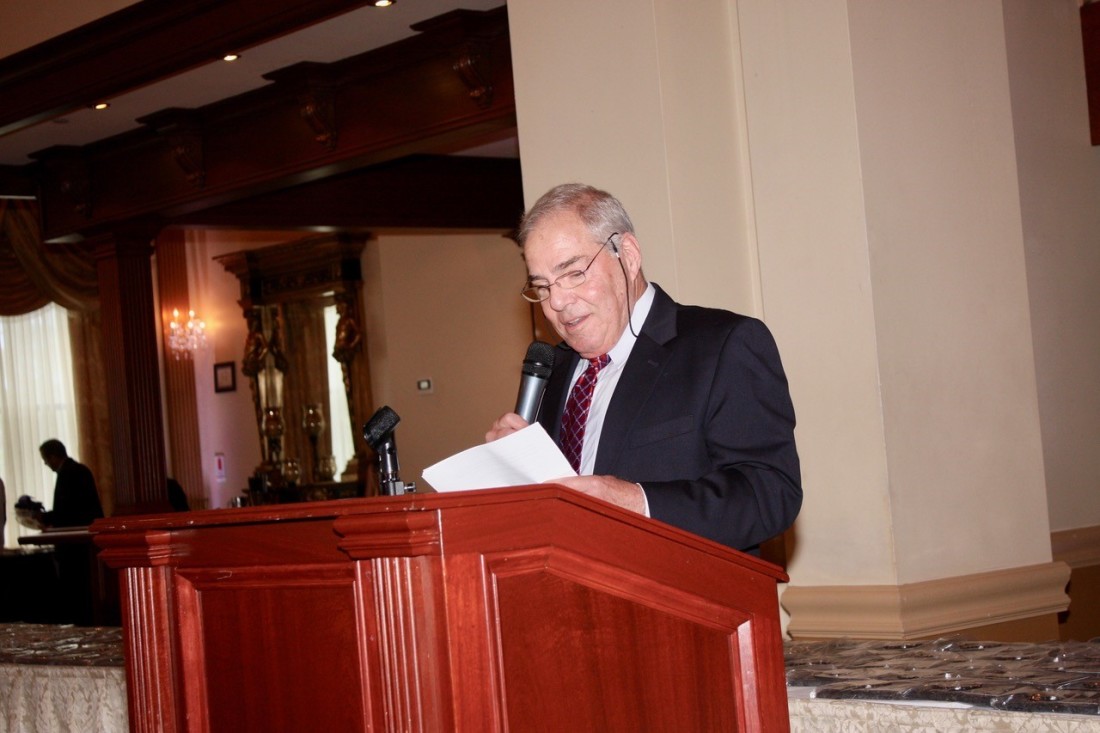 The keynote address, which came on the brink of Steve’s 50th high school graduation anniversary, emphasized the tremendous effect and value his high school experience had on not only his academic and professional career, but also the social aspects of his life. A 1968 graduate of Cherry Hill High School West, Steve was a Cherry Hill transplant his junior year in high school, moving from Silver Spring, MD after his father’s job relocated to Philadelphia.  He characterized his senior year of high school as being the best year of his life.  He met five life-long friends, who went on to become successful doctors and businessmen, as well as his wife, Robin, with whom he recently celebrated their 46th wedding anniversary. Today, Steve still refers to the friends he made that year as “family” and noted that both their children and grandchildren are very close. Steve also emphasized in his keynote that Cherry Hill is a great place to both live and work, which is evident in his 42 years of calling the township “home.”

After graduating high school, Steve attended Rutgers University in New Brunswick., where he attended the school’s engineering program for five years, earning two degrees.  After graduating first in the Rutgers College of Engineering class of 1973, he was accepted at Yale Law School. Three days after graduating in May of 1976, he began his legal career at a local two-man tax law boutique firm formerly named Liebman & Flaster, P.A. As the firm grew into Flaster/Greenberg P.C., Steve's practice representing medical professionals throughout the region flourished.  He has represented hundreds of medical practices and physicians in the South Jersey and Philadelphia medical communities, as well as local, regional and national businesses and has guided clients, such as Cardiology Consultants of Philadelphia, P.C., the largest single specialty practice in the region, through an ever changing marketplace, helping it grow from a two physician practice to a regional powerhouse with approximately 100 cardiologists.

Throughout his career, Steve has been recognized as pre-eminent in the field of health law, being named as a New Jersey Super Lawyer for 14 consecutive years, as a top attorney in healthcare by SJ Magazine, and an Awesome Attorney in health and administrative law by South Jersey Magazine. Most recently, he was selected by the New Jersey Law Journal to receive the prestigious Lifetime Achievement Award. He has also given back to the community through service on the Camden County Bar Association's Judicial and Prosecutorial Appointments Committee and as counsel to, and on the Board of Directors of Temple Beth Sholom.  Additionally, he has made a significant difference in the lives of local families by planning and administering their estates.

ABOUT THE CHERRY HILL EDUCATION FOUNDATION:  The Cherry Hill Education Foundation commits itself to supporting and enhancing the quality of education of the public school children of the Township of Cherry Hill by raising and distributing funds for innovative programs in the pursuit of excellence in education.