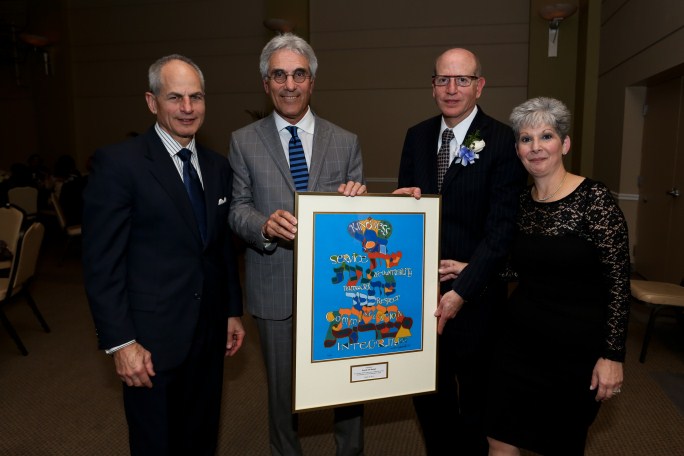 Douglas Stanger, Shareholder at Flaster Greenberg PC, along with his wife, Gail Stanger, were honored at the Anti-Defamation League’s (ADL) South Jersey Centennial Celebration on October 29th for their tireless efforts through their positions on the ADL board and in the community. The Stanger’s have been actively involved in the ADL for 25 years, working effortlessly to ensure that there is justice and fair treatment to all citizens alike. Pictured above are the Stanger’s receiving their award from (L-R): Barry Morrison, ADL Regional Director and Andy Goldman, ADL Regional Board Chair.

Mr. Stanger is a member of the executive board of the Eastern Pennsylvania/Delaware Regional Office of the ADL, which also serves southern New Jersey. In this role, he is responsible for spearheading and organizing activities and events in the southern New Jersey area. He also serves as chair of the Atlantic/Cape May County Steering Committee.

The ADL is the nation's premier civil rights/human relations agency, which fights anti-Semitism, racism and all forms of bigotry, defends democratic ideals and protects civil rights. It carries out its mission through a network of 30 regional and satellite offices in the United States and abroad. Last year, the ADL’s Regional office based in Philadelphia assumed responsibility for serving Southern New Jersey, including Burlington, Camden, Gloucester, Salem, Cumberland, Atlantic and Cape May counties.