Flaster Greenberg shareholder Jeff Cohen was tapped by the Katz JCC of Cherry Hill to moderate the post-film discussion of “Heading Home: The Tale of Team Israel,” a film about an Israeli baseball team that also defied the odds and competed in the 2017 World Baseball Classic during the Cherry Hill Volvo Cars Jewish Film Festival on December 13th.

The film’s roster included many Jewish-American major leaguers, most with a tenuous relationship to Judaism, very few ever having set foot in Israel. Their odyssey takes them from the Holy Land where they are hailed as modern-day Maccabees to the tournament in South Korea where they must debunk their reputations as has-beens and wannabes. The connection to Israel that the players forge pushes them to unexpected heights as they represent the country on the world stage.

Jeff Cohen is both a co-host of several radio shows on 610 ESPN Philadelphia and an attorney who litigates complex commercial and intellectual property matters throughout the United States.  You can find him evenings co-hosting The Heart of Sports (a live sports talk show, which not only focuses on relevant games and sports news, but the intersection of sports and community), High Hopes: Phillies Minor League Rundown (interviewing the players, coaches and front office personnel of the Phillies and their entire farm system) and on the newest venture to add to their stable of shows, The Regiment, the official weekly radio show of the Delaware Blue Coats, G-League affiliate of the Philadelphia 76ers.  Jeff’s diverse background as an attorney, a youth sports coach and a sports fan gives him a unique perspective on the athlete, teams and the role of sports in the community.

In his day job, Jeff is a shareholder of Flaster Greenberg P.C., where he counsels clients in complex litigation disputes and provides guidance to proactively address business formation and transaction issues. He has spent over a quarter century helping clients anticipate, address and resolve the day-to-day challenges and pragmatic decisions facing today’s businesses. A trial lawyer, Jeff works with businesses to ensure partnerships are intact as well as to identify potential risks and pitfalls associated with its evolution. He collaborates with a diverse range of clients in matters related to commercial contracts, shareholder and partnership agreements, trademarks, copyrights, patents, including Hatch-Waxman, insurance coverage, franchise disputes and commercial construction.

Also joining Jeff on the moderating panel were Jason Springer, co-host of Heart of Sports radio show on 610 ESPN Philadelphia, and Jeremy Newberger, director of the film “Heading Home.” 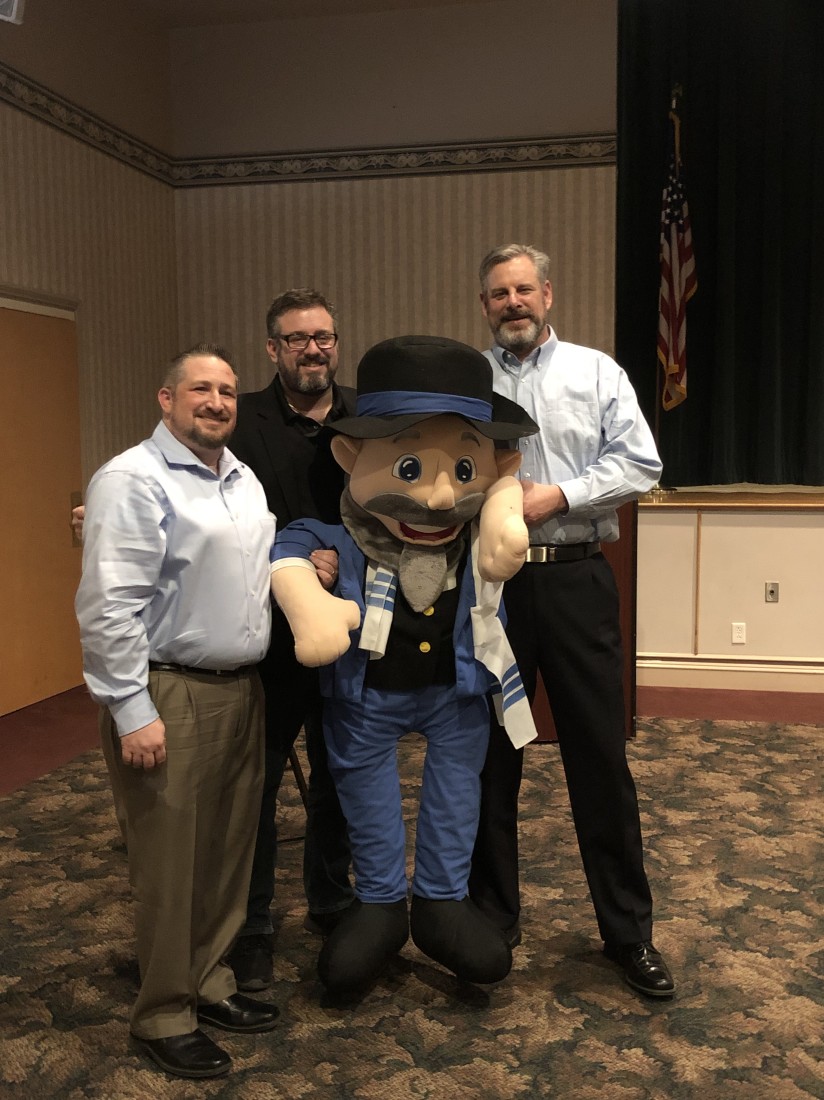