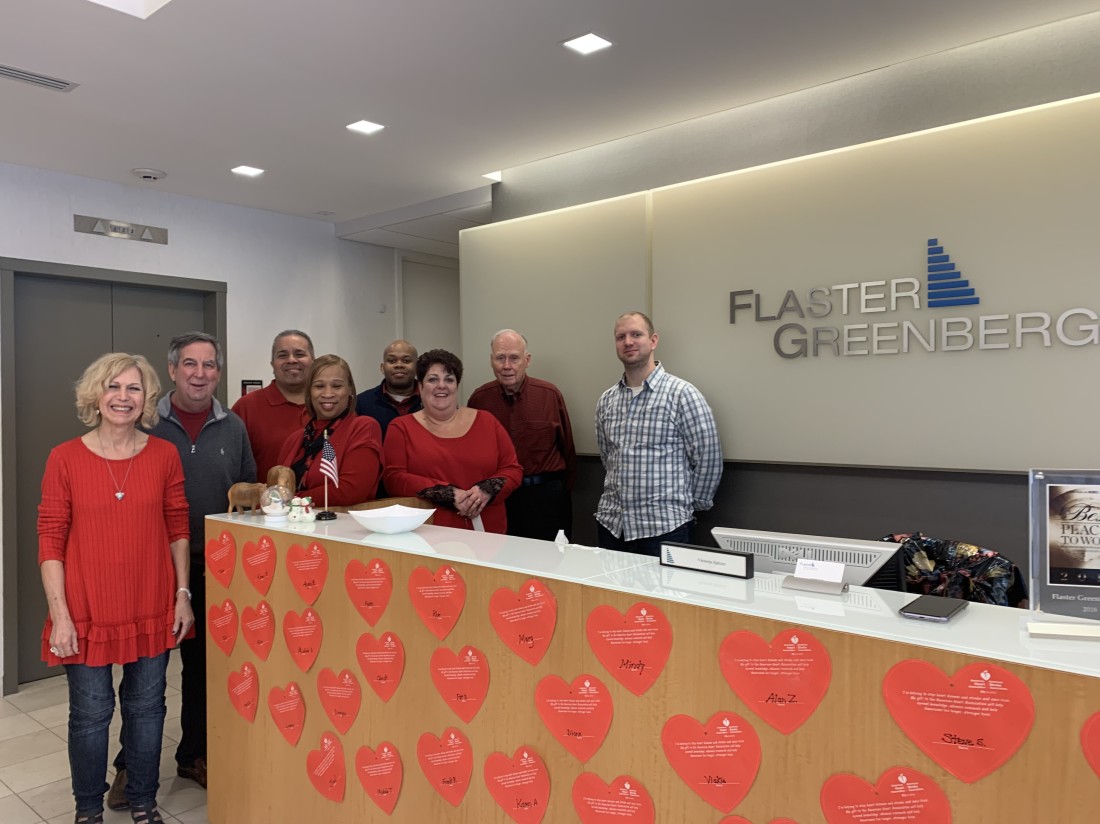 On Friday, February 7th the attorneys and staff at Flaster Greenberg (FG) participated in a nationwide 'Wear Red Day' in an effort to support the American Heart Association's Go Red for Women movement. Each participating employee was given a 'Go Red Dress' lapel pin for their contribution. FG employees raised over $300 for the cause, which will be donated to the American Heart Association.