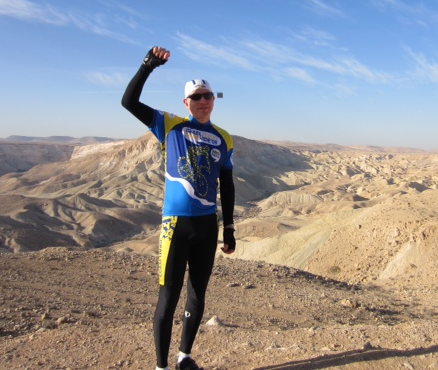 On November 9, 2011, the Press of Atlantic City published an interview with Doug Stanger about his participation in a 300-mile charity bike ride to benefit the Arava Institute for Environmental Studies/Hazon fund. The ride started Tuesday, November 8th in Jerusalem, Israel and continues through next Tuesday, November 15th, ending in Eliat, Israel. This is the third time he has done the ride through the desert.

“Arava brings Christians, Jews and Muslims together to study and work on environmental problems,” Stanger said. "We hear and read about all the problems. We don't hear their stories each day, stories of cooperation among countries on such things as water usage."