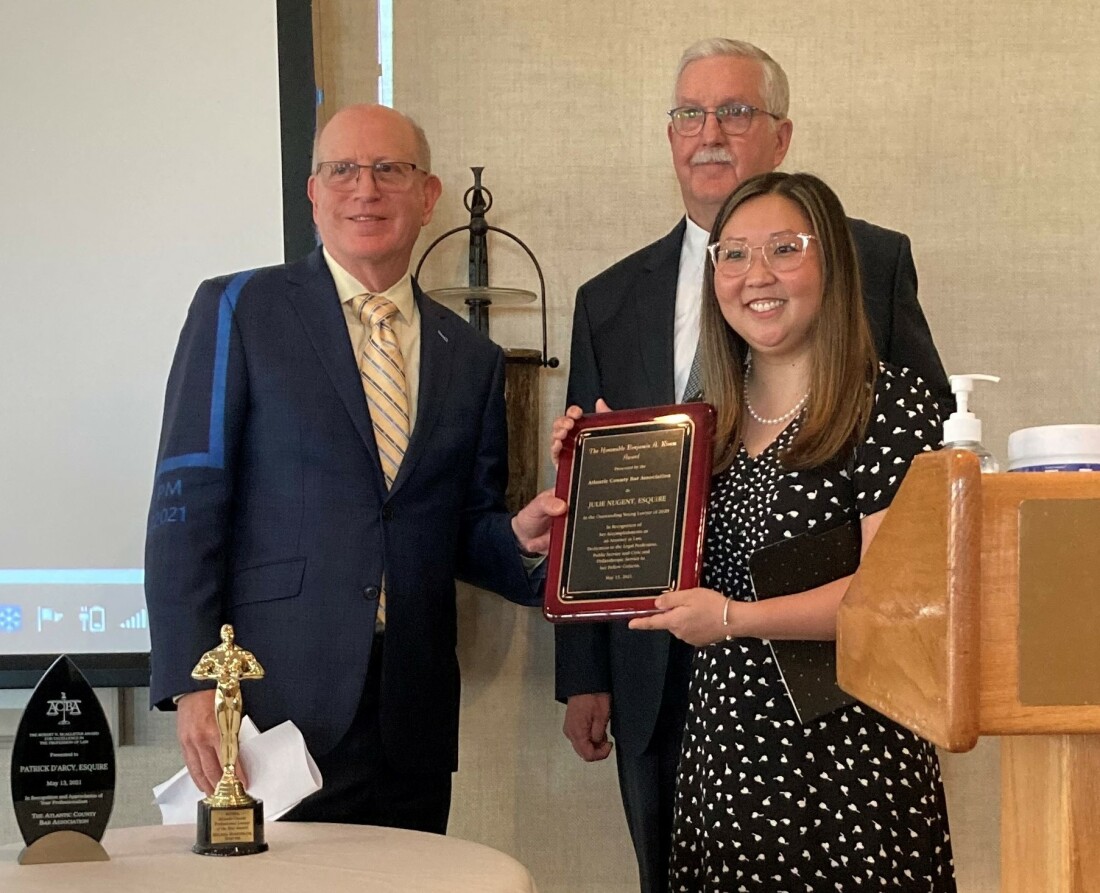 The Atlantic County Bar Association recently awarded its 2021 Judge Benjamin A. Rimm Award to Julie E. Nugent, Esq. of the firm Weiss & Paarz, PC. Flaster Greenberg shareholder Douglas S. Stanger, the recipient in 2000 and current Chairman of the Awards Committee, spoke about the origin of the award prior to the presentation by the Honorable William E. Nugent.

Given in honor of Judge Benjamin A. Rimm, the Award is presented annually to a young lawyer who best displays qualities of personal and professional integrity, devotion to the legal profession and dedication to the people of Atlantic County, as were characteristics exemplified by Judge Rimm. The winner also receives a $500 stipend granted to the charity of his/her choice.