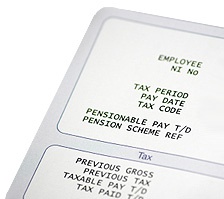 At issue was whether Primepoint LLC infringed upon the trademark of PrimePay, Inc.  Both companies had registered trademarks with points of similarity as well as elements that made them distinct from each other. In evaluating the alleged infringement, the Court applied the "Lapp factors," a ten-factor test used to evaluate whether the marks were so similar that there was a likelihood that consumers would confuse one mark for the other.  Among the considerations in the "Lapp factors" are the degree of similarity of the two trademarks in question; the length of time they have been in use; and the intent of the defendant in adopting the mark.

While acknowledging that the marks of the two companies bore similarities as well as differences, the Court held that most of the "Lapp factors" weighed in favor of Primepoint. Also, the Court found that since the two parties had used their individual marks for a sufficient amount of time without evidence of consumer confusion arising, it could therefore infer that future consumers will not be confused either. Further, the Court held that the evidence of confusion as presented by PrimePay was "isolated, idiosyncratic and minimal."