Whether a Shareholders’ Agreement (for corporations), Operating Agreement (for limited liability companies), or Partnership Agreement (for partnerships), the goal is the same:  establish a clear written agreement that maintains harmony among the owners and avoids ugly (and expensive) disputes.

Businesses are often formed by friends or family members. Far too often the owners assume they will always be friends or that family ties will always overcome disagreements. Unfortunately the courts are filled with cases that disprove these natural – but optimistic – assumptions. When things go wrong and there is no written agreement to lead the way, the result can be the end of lifetime personal relationships and the destruction of the business itself.

We see these cases on a regular basis and handle them ourselves. But we prefer to help you prepare a good agreement up front and avoid situations like this.

To avoid this dangerous territory, a good business agreement should deal with at least the following points:

Naturally, the agreement should establish the percentage of each owner. But that is only the beginning of the story. Ownership percentages, the manner in which profits will be divided, and the power to control the business are three separate things – for example, an owner with 1% can control everything or control nothing. A good agreement deals with these issues separately.

The agreement should establish how much money each owner will contribute, both at the outset and in the future. And it should lay out the consequences if an owner fails to contribute his or her share – consequences that can be very different depending on the nature of the business.

Should the owner who contributed the money get his money back first? Should one owner get a higher return on his capital than another owner? The agreement should make that clear.

Not surprisingly, owners without a clear agreement often find themselves arguing over control. Should all decisions require unanimous consent? Should decisions be made by the majority, with only designated major decisions (e.g., selling the business) requiring the vote of the minority? Perhaps most important, can a majority of the owners fire the minority?

The worst thing that can happen to a business is that the owners become deadlocked. An agreement among the owners can avoid deadlocks, allowing the owners to part company.

Unless all of the owners of a business are contributing assets or services of exactly equal value, it is often useful to compensate them separately for their contributions and services, separate and apart from their profits as owners. For example, if one person is handling sales and another is contributing money, it may be appropriate to pay commissions to the salesperson and interest to the investor, in addition to sharing profits.

Along with an agreement on compensation, it is important that the owners understand how much time they will be expected to commit, both compensated time and uncompensated time.

Sometimes it is absolutely necessary for the owners to prohibit one another from competing with the business, while other times it is not appropriate at all. A good agreement finds the right balance.

An agreement among the owners of a business must establish the consequences not only if an owner dies, but also if he or she becomes disabled, is divorced, becomes insolvent, or simply withdraws. Many options are available, from purchasing the departed owner's interest for cash, to funding a post-death purchase with life insurance, to converting the interest of the departed owner to a non-voting interest and leaving it in the hands of a successor.

Talking about these issues can be uncomfortable, which is just another way of saying they are important. We have talked them through many, many times before with other clients and can help make a daunting process positive and productive. 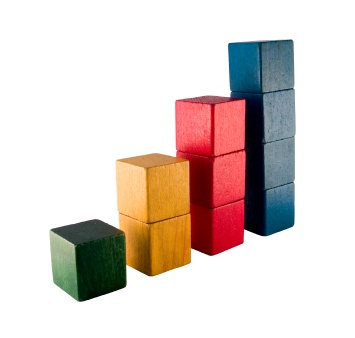